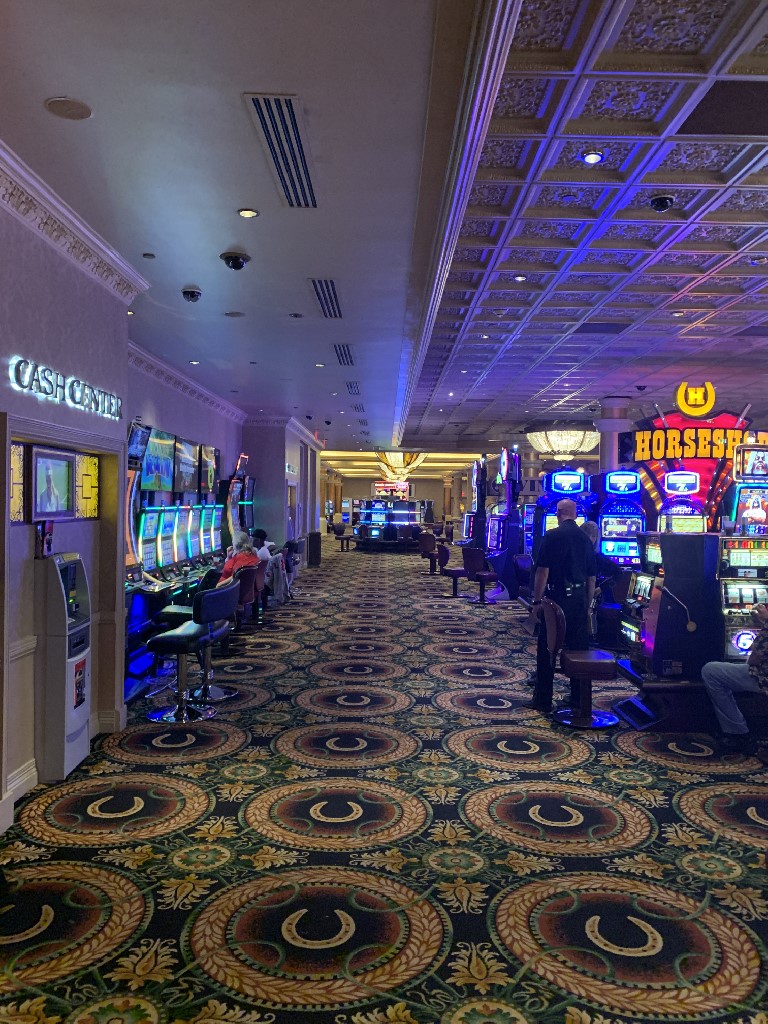 Dozens of people were at Horseshoe to say goodbye to the riverboat, as the casino prepares to open its land-based casino.

There are only a few days left before the grand opening of Caesars Southern Indiana, as finishing touches are happening on the new $90 million land-based casino. But before one door opens, the other has to close.

Judy Hess played a role in bringing the casino to southern Indiana in the 90s.

"It's just a joy, a joy to see how it's grown," Hess said. "Lots of great friendships have developed from there."

When the idea of bringing a casino to Southern Indiana emerged, there was a lot of uncertainty in the community. Hess said the boat had a massive impact.

“The jobs that it’s brought, not just to the folks in our county, but all southern Indiana and the Louisville region,” Hess said.

Indiana lawmakers gave the clear to make the jump from the Ohio River to dry land in 2015.

“21 years of operating here on the riverboat - it served us well and created so many memories,” Brad Seigel, Vice President and General Manager of Horseshoe Southern Indiana said. “The boat is for sale. We expect that it will be sold but the timeline is uncertain.”

What is certain are the improvements across the street, with a Las Vegas style casino. Folks will now be able to walk directly into the casino rather than making the trek from the parking garage to the riverboat.

"It is just so sleek and attractive and it just offers so much," Hess said. "You can enjoy, if you're with somebody who wants to stay at that one machine all the time, you've got plenty to see. And that new sportsbook will knock your socks off."

In addition to the sportsbook, the new venue will feature a VIP Lounge and the Piazza, which will have five restaurants.