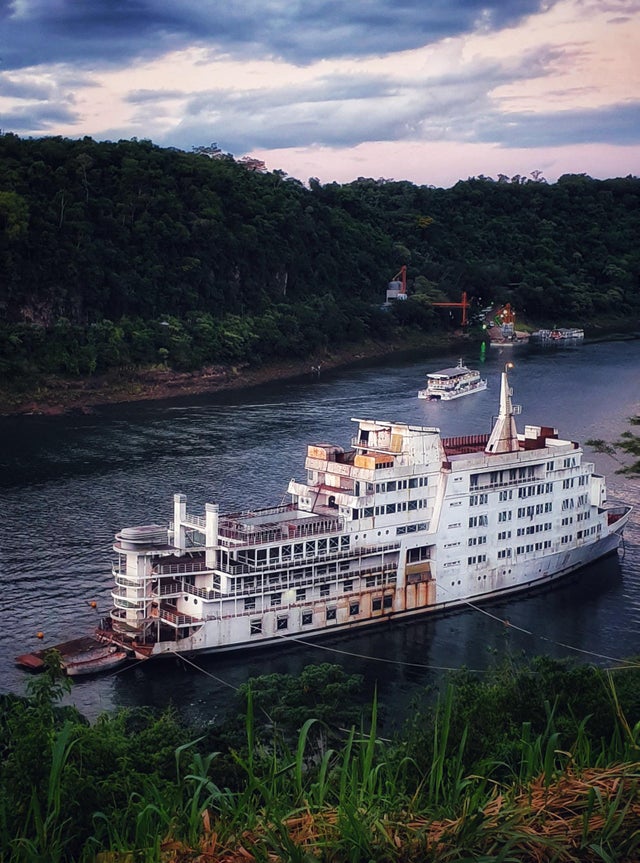 16/03/21 - The floating hotel-casino project in Iguazu could be transferred to Paraguay if a new proposal is successful.

Since 2013, the inhabitants of Puerto Iguazú can see a ship, NICOLAS MIHANOVICH a Passenger/Ro-Ro Cargo Ship built in 1962, anchored in the port of the city, but they were never able to see it prosper as a hotel-casino, as originally planned. However, an initiative came from Paraguay and proposes to refloat the project, although after moving it to the Paraguayan side of the river.

In Paraguay, there is interest in developing the floating hotel-casino in Iguazú and the State has expressed its support to develop it. For this reason, the possibility arose of making an investment of US $60 million to transfer it to the port area of ​​Presidente Franco, Paraguay.

The idea has the support of the Paraguayan Consulate in Iguazú and the Commercial Tourism Company promotes its development in a strategic area. If confirmed, the casino would be meters from the Integration Bridge, an international pass between the Paraguayan city and Foz do Iguazú, Brazil.

If finally approved, it is estimated that it could take seven months to complete the recovery of the ship.

To move forward with the proposal, businessman Santiago Lucenti, representative of the company that would develop it (the name is not known), met with Paraguayan Foreign Minister Euclides Acevedo and everything indicates that there could be good news in the near future.

Largest Floating Casino Ship in the World For Sale

Back to Casino News