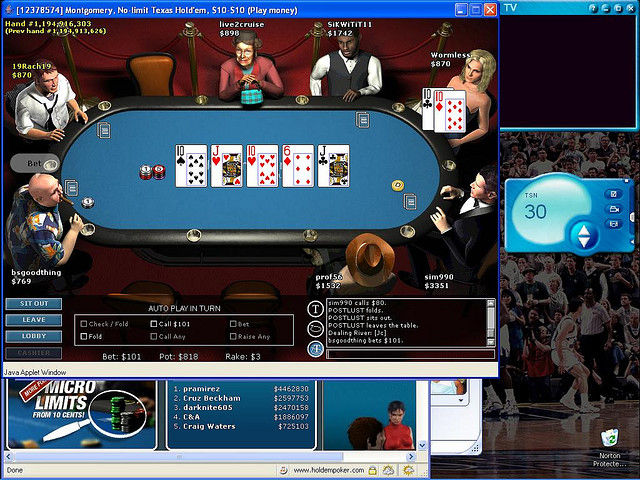 Is Rake Back in Online Poker Dead?

Over the last several years the online poker industry has experienced a number of setbacks, specifically in the U.S. market.  On April 15th, 2011 when the U.S. Department of Justice pulled the plug on the largest U.S. facing online poker sites, they also dealt a significant blow to the practice commonly referred to as rake back.

In the U.S. market, the poker rooms that were seized (AP, UB, and FullTiltPoker) accounted for a large percentage of the market share with respect to rake back.  By eliminating the opportunity for U.S. players to play in such large player pools, as well as receive a percentage of their rake back, the market fundamentally changed forever.

While rake back does still exist on smaller networks, the question remains, will rake back ever be as prevalent as it once was?  The opinion of many of the industries largest operators and affiliates is that “above the table” rake back in the U.S. may be in its final death throes.

In order to understand why this is however, we must first understand the history of rake back, and the problems it subsequently brought to the industry.  Between 2002  and 2004 the U.S. online poker market was experiencing unprecedented and explosive growth.  In fact many affiliates and operators still refer to that time period as the Wild West of Online Poker.  With new players coming into the market by the thousands each day, and money flowing like Niagara Falls, both affiliates and operators were all looking for and advantage over their competitors.

Many poker affiliates were easily making six figures per month from the revenue share they were receiving from the poker affiliate programs.  As the chatter began to build in the popular players forums on just how much these affiliates were making, players started to demand a share back for themselves.  And with that, the concept of rake back was born.

Initially rake back started as simple agreements between higher value players and super affiliates.  As more players became educated on rake back however, an entirely new niche industry developed inside the online poker market.  Not only was every high value and professional player receiving rake back from an affiliate, even the casual players were beginning to take advantage of this great monthly incentive.

In the beginning, everyone was happy with rake back.  After all, operators were paying affiliates anyways, so why not see the end user (players) be rewarded and incentivized.  Rake back affiliates were able to shift their focus to less revenue share, but greater overall volume.

It wasn’t until around 2004 however that the fundamental flaws with the rake back model became evident.  While many operators chose to continue allowing rake back, the largest poker site at the time (PartyPoker.com) put a stop to the practice amongst its players and affiliates.

While we could look at a variety of areas where rake back was flawed, such as under the table deals, affiliates stealing players, and operators re-tagging existing players; one flaw outweighs all the others, the destruction of the poker ecology.

When the poker ecology of an individual operator or network finds itself “out of balance”, a poker room could simply dry up and become unattractive to both players and affiliates.  What happens when the poker ecology becomes unbalanced is that the winning players capture all of the money, while the losing players run out of money and quit playing.

After a few years of the rake back model penetrating the online poker market, operators quickly learned that these high value rake back players, also known as sharks, were actually bad for their overall profits and healthy poker ecology.  By offering highly competitive rake back deals and attracting a large amount of these sharks, the operators were finding that this group of players was actually cannibalizing the overall player pool.

With the regulated U.S. market on the cusp of opening up, these new regulated rooms have taken note on the history of incentivizing online poker players with rake back and some of the challenges it previously brought to the industry.  Given the fact that most of these new regulated online poker rooms we’ll be a conglomerate of an existing brick and mortar casino, as well as an established online brand, the odds of seeing rake back re-surface will be slim.

Instead affiliates should expect to see the elimination of revenue share all together and more CPA type commission structures.  Players will be incentivized in a more traditional loyalty scheme, similar to how existing land-based casino’s are already operating.

So where does this leave rake back in the U.S. market?  In my opinion, non-existent within the regulated space.  There will no doubt still be non-regulated operators willing to dabble in rake back for U.S. players.  The question however is will they have the player liquidity and be able to maintain a long-term healthy poker ecology? Only time will tell, but affiliates looking to work within the regulated U.S. poker market should be looking elsewhere than rake back to attract new players.