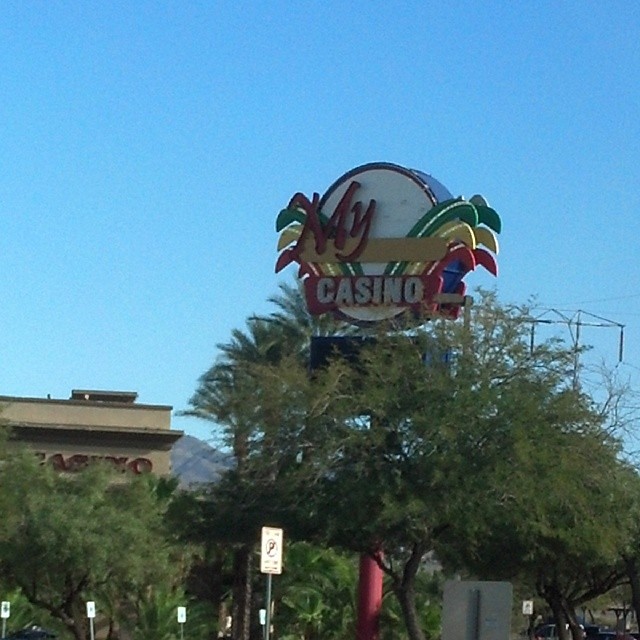 Pretty much no similarity or potentional error of mistaking one establishment for the other. However, a U.S. District Judge in Las Vegas issued a permanent injunction requiring the Mystic Lodge casino in Henderson, a city near Las Vegas, to change its name and to stop using the "Mystic" name in its marketing material.

The Mystic Lodge was sued in January 2010 by the Mystic Lake Casino Hotel in Minnesota.

Attorneys for Mystic Lodge, argued in court briefs that no one would confuse the two properties or consider them to be under common ownership and that the tribe’s lawsuit represented unfair competition and anticompetitive conduct.

the Judge, however, found this analysis doesn’t apply because of "bad faith" shown by the owners of the Henderson property. They were well aware of the Minnesota casino and its name — dating to 1992 — when they adopted the Mystic Lodge name in 2007.

"Here, there is no question that the plaintiff owns a valid and protectable mark," the Judge wrote in his order.

"The plaintiff argues that it operates a large resort-style casino in Minnesota, which, exactly like the defendants, contains slot machines and attracts customers from across Nevada. Additionally, the plaintiff maintains a player database that includes several thousand players residing in Nevada, with more than 100 concurrently listed in the defendants’ database," the order said. "The same customer willing to spend discretionary income gambling at one location may easily spend at another."

The Judge also found the word "Mystic" to be distinctive when it comes to casino services.

So, how to rebrand and start again? Mystic Lodge became "My" casino. A great move on the marketing team plus saved them a few dollars on the signage!