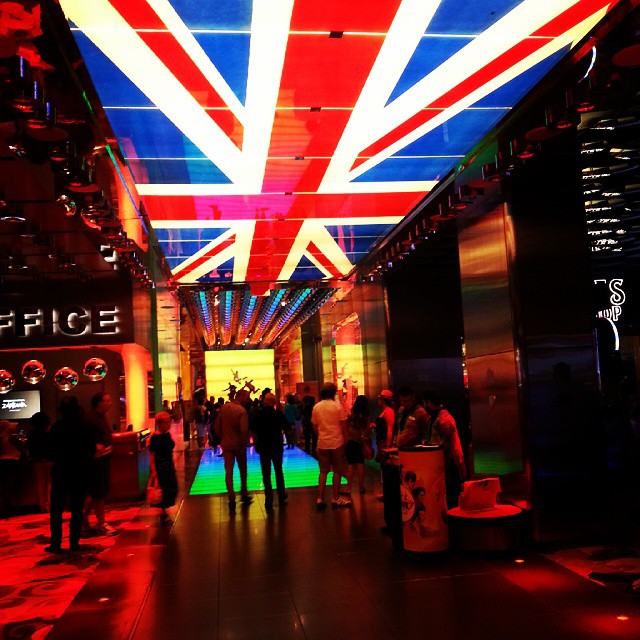 03/10/14 - Everything you need to know about the new UK gambling law and the Point of Consumption tax!

On the 1 December 2014, the UK government will be rolling out a series of updates to the way it regulates and collects tax from the gambling industry. There are a lot of changes planned, but the most widely-publicised modification is probably the 15% Point of Consumption (POC) tax on offshore gambling operators.

The proposals seem to have the industry in a state of panic, with several gaming brands limiting their UK presence and others pulling out altogether. But just how much do you understand about these transitions? What do they mean for the British gambling industry and, more importantly, what will be the consequences for players if our favourite casinos and sportsbooks start feeling the pinch?

In this article, I will clue you in on the government’s proposals, in addition to providing a bit of background to the state of the UK’s gambling legislation. I will also attempt get to the root of why the overhaul is happening now and what it means for the health of Britain’s thriving gambling sector.

A bit of background: the law as it stands

The United Kingdom is widely acknowledged as holding a liberal attitude towards commercial gambling. Many of Europe’s premier gambling brands, including William Hill, Paddy Power and Bet Victor, hail from the United Kingdom and hold licenses from UK-approved (‘whitelisted’) territories.

The current act of legislation that covers commercial gambling in Britain is the 2005 Gambling Act, which was passed by Tony Blair’s New Labour government and states the following objectives:

"(a) preventing gambling from being a source of crime or disorder, being associated with crime or disorder or being used to support crime, (b) ensuring that gambling is conducted in a fair and open way, and (c) protecting children and other vulnerable persons from being harmed or exploited by gambling."

The Act contained a lot of leeway for the British gambling market to prosper (although plans for eight ‘super casinos’ were stymied by Gordon Brown’s government) and was generally seen as finding a reasonable balance between promoting commercial interests and limiting social harms.

Nevertheless, in 2012 the Department for Culture, Media and Sport published a two-volume document, criticising specific aspects of the 2005 Act. This report, entitled ‘The Gambling Act 2005: A bet worth taking?’ named several objections to the existing legislation, but two complaints were particularly significant:

The high levies on gambling products in Britain has led the majority of online companies with a British player base to move their operations to territories like Gibraltar and the Isle of Mann, where business tax can be as low as 1% gross revenue. The DMSC felt that these online brands, with a substantial presence in the UK market, should be made to contribute more tax to the British government and be subject to tighter regulation.

As a result, the report recommended that the government regulate online gambling at the point of consumption rather than the point of supply.

The road to change

Shortly after the publication of this report, the incumbent Tory-Liberal Democrat coalition responded with a draft gambling bill, which attempted to address some of the concerns raised by the DMSC.

The draft ‘Gambling (Licensing & Advertising) Bill’ made a number of additions to the stipulations contained in existing legislation. For example:

Aside from imposing stricter taxation on off-shore brands, the act also sought to bring more gambling companies under scrutiny by a government-appointed body. At present, less than one fifth of online gambling companies currently servicing British gamblers hold licenses from whitelisted territories. Moreover, the new bill sought to tackle an international match-fixing epidemic and placate concerns over the presence of high stakes betting terminals in high street bookmakers.

Following some minor revisions, the Gambling (Licensing & Advertising) Bill was given royal assent and signed into law in July 2014, prompting outrage from whitelisted gambling operators. In an open letter to the Gambling Commission, the GBGA requested a ‘judicial review’ of the Gambling (Licensing and Advertising) Bill, which it felt breached EU law by constituting a “disproportionate and unjustified interference with the right to free movement of services.” This request has been granted but no firm date for the hearing has currently been set.

Below, I have explained the Gambling (Licensing and Advertising) Act 2014 in relation to the previous, 2005 Gambling Act.

Note: the bill comes fully into force on 1 December 2014:

What does it all mean?

The UK is one of the largest contributors to the international gambling industry, generating a gross gambling yield of £6.2 billion between October 2011 and September 2012. As a result, most off-shore gambling companies are eager to remain this lucrative sector and will take pains to do so. Nevertheless, we have seen some brands jumping ship, including Mansion Poker.

Unfortunately, the company crystal ball at Right Casino is currently on the fritz, but I can certainly make a few educated guesses about what we can expect:

For good or ill?

As you would expect, the 2014 bill has enjoyed a mixed reception. The government’s stated intentions are to make the British gambling market fairer and safer, limiting the number of disreputable brands accessing the UK market, as well as ensuring that off-shore operators comply with requisite standards of security and legality.

Dissenters argue that the coalition is making a cynical tax-grab, unfairly singling out the gambling sector in the process. There has also been some handwringing over the threat of a ‘black market’ developing, as players migrate to unregulated casino operators rather than endure the leaner service available at heavily taxed license-holders.

This concern strikes me as unfounded, as there are actually relatively few ways that gambling companies can force their customers to shoulder the burden of increased taxation. My worry is over the stifling of innovation as the same handful of major brands that currently dominate UK market share command even greater authority.

Sadly, I have already seen some credible, mid-tier brands forced to (at the very least) partially withdraw from the UK market. For instance, the excellent Guts casino will soon prohibit UK gamblers from accessing its sportsbook. For a modest but sound igaming company to receive such a blow, simply for wishing to play by the rules, strikes me as very unfortunate.

On the other hand, the dramatic overhaul to British gambling law has redoubled major brands’ commitment to social responsibility. The establishment of the Senet Group (an industry watchdog) by some of the UK’s largest gambling companies attests to an industry that must now live or die by its public respectability.

It will take some months to gauge the true impact of the 2014 Act on the British gambling sector. At least for now, we think it’s likely that most of the panicking will go on behind the scenes: we doubt the taxman is set to rain on your parade just yet.