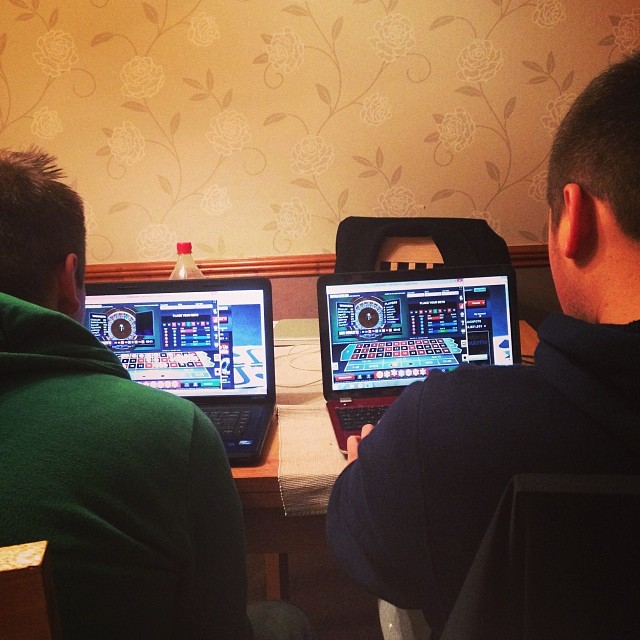 Operating an online gambling website is an unwieldy task. Not only do operators have to stay within the confines of a vast network of national and local laws, they have to juggle financial transactions across multiple currencies, maintain a high PR profile, market to new potential customers, and run an attractive and appealing set of games and contests. We like to think that these operators are printing money, lying on a divan and sipping champagne cocktails, but the truth is – it’s a tough business.

The world’s best betting and gaming sites are operated by interests who can handle whatever the industry throws at them. Forming a relationship with a licensing authority makes navigating the minefield of gaming law all the easier. These licensing bodies have the legal authority and the means to regulate and enforce online gambling, though the degree to which they succeed varies from authority to authority.

This page takes a long look at how online casinos, poker rooms, and sportsbooks are regulated. It explains the role of licensing authorities, shares examples of licensing criteria from around the world, and analyzes the guidelines that regulated sites must adhere to in order to maintain that license.

What Do Licensing Authorities Do?

Licensing authorities are nothing more than federal governments which have enacted legislation giving them the right to license and regulate the operation of online gambling. Countries generally do this to generate revenue. Historically, licensing authorities have been based in small nations with limited natural resources or an unsophisticated economy. Another reason a nation may enact this legislation – a desire to produce gaming software or otherwise enter the gambling business.

Within these jurisdictions, there is usually a large central organization that both issues licenses and polices licensees. Holding a license from one of these bodies gives a site the right to make its services available in different world gambling markets. In most parts of the world, operating a gambling website without such a license is illegal.

When an operator wants to open a new gambling website, they shop for licensing authorities much the same way we shop for a new place to play blackjack or bet on our favorite sports. These authorities have criteria that outline what an online gambling interest must do in order to earn and then maintain an operator’s license.

A Guide to Licensing Criteria

Each licensing authority has different criteria to determine what sites can earn a license and how that site must behave in order to maintain it. Below is a look at the licensing criteria of each of the world’s top ten regulatory bodies.

The Alderney Gaming Control Commission is a respected provider of online gambling licensure. The AGCC earned that reputation by holding their licensees to high standards. Sites licensed from the jurisdiction of Alderney are required to do all of the following;

Ten casinos currently maintain Alderney licensure, all of them aimed exclusively at the UK market. At one time, a couple of major poker sites held an Alderney license, but after the Black Friday seizure on the part of the US Department of Justice, Alderney pulled out of the US-facing online poker market. The Alderney Commission’s strict regulations are usually blamed for the relatively-low number of active licensed operators.

The regulatory body responsible for online gambling regulation in Antigua & Barbuda is called the Division of Gaming. In 1994, this tiny island chain became the first country to offer regulatory services for online gambling. In the years since, many licensing authorities have popped up, all modeled in some way on Antigua & Barbuda’s successful industry.

The first type is for providing casino games, the other for providing betting services on sporting events. That willingness to do business with two huge segments of the online gambling industry is partly responsible for the long list of this nation’s licensed operators.
Though Antigua & Barbuda’s licensing criteria aren’t as tough as the world’s top regulators, they do have a dedicated government office that deals with complaints and enforcement. You can contact the Antiguan Directorate of Offshore Gaming if you have an issue with an A&B-licensed gambling website. This is a big deal; many of the world’s less-reputable licensing bodies lack this essential feature.

At one time, Kahnawake was the largest licensing body in the world. This tiny Native territory outside Quebec, Canada was pretty much created for the purpose of issuing online gambling licenses. Kahnawake had a bad reputation in the past as an issuer of licenses in exchange for high fees, providing little or no enforcement or regulation once the fee was paid.

Two poker sites that cheated their players were licensed by the Kahnawake Gaming Commission.

Kahnawake has subsequently taken steps to legitimize their licenses, so sites that operate on Kahnawake licensure are looking more reputable. There is now a customer dispute center, with the goal of connecting players with issues to staff at the relevant gambling sites. However, changes to the legal landscape in the US and Canada have led to a drastic reduction in the number of sites depending on the Kahnawake Gaming Commission for licenses, as the European market takes over.

Gambling businesses were drawn to Costa Rica in the early days of the online gambling industry because the country lacked laws governing the practice. Costa Rican licensure is suspect, in part because there is no governing body to enforce regulations, and as far as we can tell, there are no regulations to be enforced.
300 online gambling sites currently hold a Costa Rican gambling license, though gambling license isn’t really the right phrase. What these operators hold is a Costa Rican data processing license. Since there’s no legal definition of online gambling, all that site operators have to do is register a company dealing in network administration or Web administration, set up an offshore merchant account, and pay licensing fees. The fee is $10,500, broken up into three different fees, one for the license, one renewal fee, and a legal fee. As an added bonus to operators, Costa Rica doesn’t tax payment of prizes or winnings.

Gibraltar is a self-governed dependency of the British Crown, one of the few remaining territories of the old British Empire. While Gibraltar depends on the British government in matters of foreign policy, Gibraltar gets to write and enforce most of their own laws. Their tax laws are unique in that they allow for the issuing of gambling licenses, and the country has done so going back to 1998. Gibraltar is among the best-reviewed and most-respected such bodies in the world.

Many of the big names in UK online gambling hold Gibraltar licensure.

New licensees are enticed to this region by relatively-low fees – it only costs about $10,000 USD to earn and maintain a license from this popular and respected authority.

Belize began issuing online gambling licenses not long after Antigua & Barbuda, passing the Computer Wagering Licensing Act in 1995. The Belize Computer Wagering Licensing Board has all authority to review applications and issue licenses. Belize is not one of the better-reviewed licensing bodies, seemingly more concerned with profits than enforcing strict gaming regulations. Evidence of this is easy enough to find – in 2012, the government decreased the fee for a non-exclusive license from $50,000 to $15,000 in an attempt to increase the number of licensees.
The main requirement for a site to earn a Belize license is that it must promise not to offer online gambling to citizens of Belize. Belizean law states that only “…persons with integrity, competence, and adequate financial means” will be considered for a gambling license, though the country has difficulty backing up that law with legitimate regulations.

Once a protectorate of the Netherlands, Curacao is now an independent country. Curacao has been licensing online gambling sites since before its independence, dating back to the mid-1990s. Technically, Curacao issues two kinds of gaming licenses.

Curacao’s reputation as a licensing body is decent, and their terms are reasonable. For those reasons, Curacao is one of the most popular licensing bodies in the world, with hundreds of member sites. Licensure is among the more expensive in the industry, costing just over $21,000 a year at setup, with an additional renewal fee of $6,000 per year. Curacao’s licensing body requires annual auditing of gaming software, confirmation of randomness at specific times of the year, and proof that no one in the operation has a criminal record.

The Isle of Man began issuing gaming licenses in 2001, and is now a respected authority in the industry. The Isle of Man is a powerful regulatory body that holds sway in the online gaming industry. Part of the UK, this little island now employs more people in the gaming industry than any other, outside of general tourism.
All operators looking to earn a license from the Isle of Man undergo a tough vetting process to ensure compliance before a site is even granted the right to operate. Sites are required to demonstrate true randomness and fairness in their software and algorithms multiple times a year. All sites that hold a license from the Isle of Man must prove they’re financially solvent at all times, so that there’s less chance of having player payment issues.

Malta is a little-known island nation in the Mediterranean, a hidden paradise that most Maltese hope would rather stay that way.

Most Microgaming sites hold a license from Malta, as part of a special deal between Microgaming and the Maltese government.

The regulatory body that operates in Malta is called the Malta Gaming Authority, or MGA. No, Malta doesn’t have the strictest guidelines in the industry, but they do require a degree of transparency and financial solvency, which is more than we can say for some other licensing authorities.

Cyprus is a relatively-new licensing body. In 2012, the Cypriot government voted to allow the licensure of online bingo and skill game sites. In 2015, the government agreed to test out a new licensing program for online casino and poker play, issuing a single license on a test basis. Few details are yet known, since the first license was issued as part of a pilot program.

When we are on the hunt for a new place to wager on sports or play slots, we’re often concerned with a site’s rogue status or position on blacklists. We also spend a lot of time worrying about a site’s reputation among players, the fairness of their software, and their ability to pay us if we should happen to win. One simple way to get a sense of a site’s performance in all these categories at once is to consider the validity of their gambling license.

If a site holds a license from a reputable jurisdiction, they’re guaranteed to run fair software that’s tested a few times a year by their licensor. Their finances are checked and vetted by that licensing body as well – and you can get a good sense of a site’s overall reputation by what country licenses its games as well. Basically, you can learn a lot about a site’s value by researching the country that regulates their betting services.

Not all licensing bodies are created equal. Spend some time digging deeper about the groups mentioned above, and don’t neglect consideration of a site’s gaming license the next time you’re shopping for a place to bet or play.

Contact us for further information on Remote Gaming Licenses