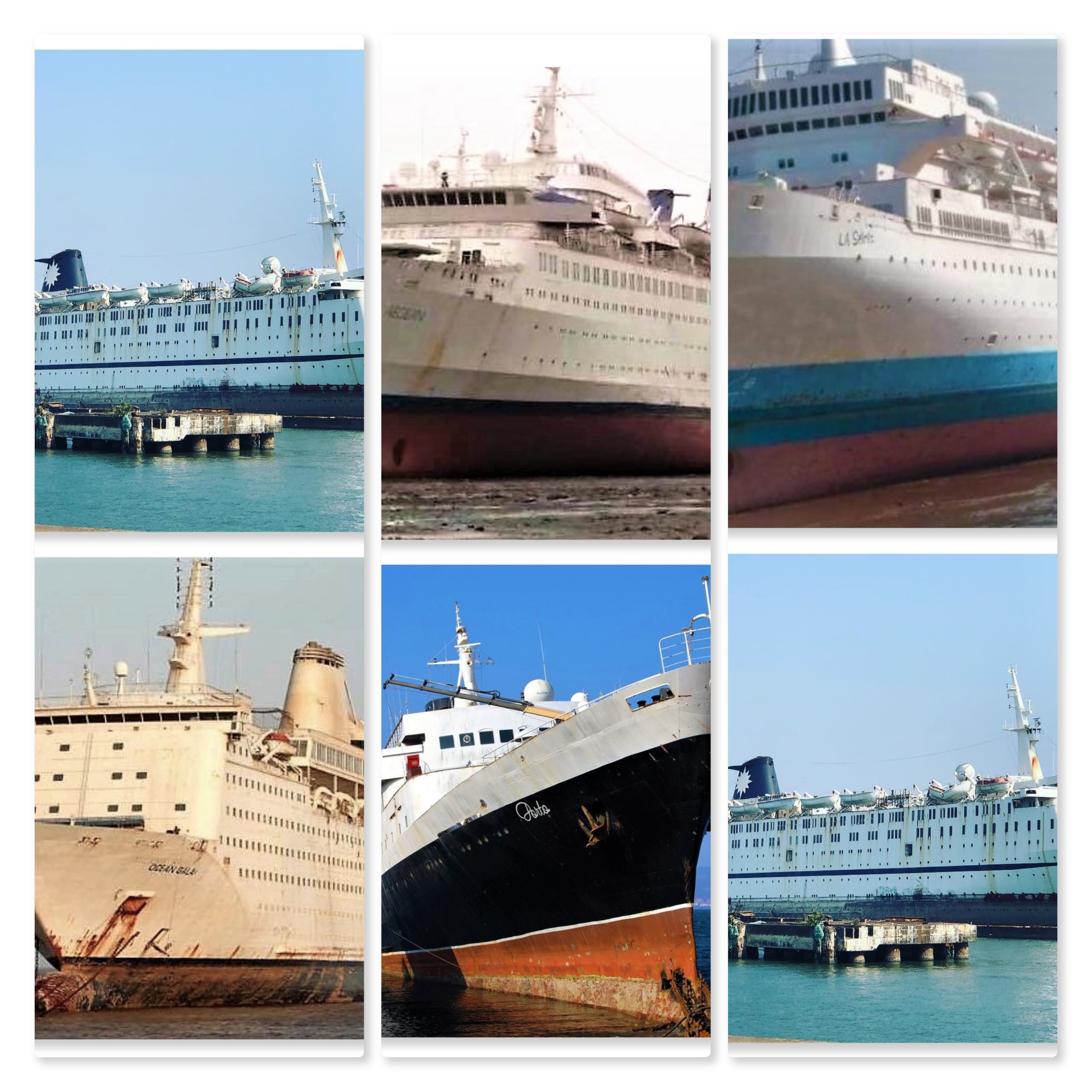 Every single one of these Cruise Ships would have made beautiful Floating Hotels, however, failed to find a buyer.

While the cruise market is growing and newer, bigger vessels are being constructed we lost some beautiful ships in 2018 2018 is still comparatively low. The following ships are ceded in 2018:

The ship sank at its berth in Goa,India in 2016. It was later refloated and sold for scrap in 2018. Between 1997 and 2013 she cruised as MELODY for MSC Cruises. Plans for continued employment after the sale had never been implemented.

FUN FACT: While on a repositioning cruise from Durban, South Africa to Genoa, Italy with around 1,000 passengers on board, MSC Melody was attacked by Somalian pirates on April 25th, 2009 when around 300 km off of Seychelles. A speedboat with 6 people on board drew alongside the ship, fired at the bridge with an automatic rifle and subsequently the pirates attempted to board the ship. Passengers fought off the pirates by throwing deck chairs and tables overboard at them. The pirates that attacked the MSC Melody were pursued and captured by the Spanish frigate SPS Numancia on the 27th of April, 2009.

She was built in 1968 as STARWARD and put into service for the then Norwegian Caribbean Lines. Initially, the ship had even had room for the transport of up to 220 cars. The ship with classic lines belonged last to the Celestyal Cruises and was in the 2017 season still chartered in the Turkish etstur as AEGEAN QUEEN. Almost 50 years after its commissioning, the sleek Cruise Liner was scrapped.

The Danish ferry company DFDS had commissioned the ship for its subsidiary United Steamship Co, Ltd., Nassau. After being put into service in 1982, the SCANDINAVIA was initially used for cruises between New York and the Bahamas. From 1983 she had then been on the traditional route of the DFDS between Copenhagen and Oslo.

In the meantime in use for Sundance Cruises 1991 was converted to the pure cruise ship, to drive as VIKING SERENADE for Royal Caribbean Cruise Lines. For 13 years - until 2015 - the Cruise Liner was finally traveling as ICELAND ESCAPE for Island Cruises. Most recently, a mission as a refugee housing ship had been planned in Sweden. However, this plan was not realized with the ship renamed OCEAN GALA. Last stop was the Persian Gulf before Sharjah, where the Cruise Liner was launched under the name OCEAN GALA I, before being taken to the demolition yard in March 2018.

Since the sale to Andaman Club Co., Ltd. in Bangkok, the ship had gone to Thailand for refurbishment as a hotel and casino ship. However, she was left to rot and despite some efforts by some Norwegian enthusiasts since 2013, the ship, which has kept its name KONG OLAV all its life, could not be rescued. It was scrapped in 2018. At least some furnishings could be saved for posterity.

In recent years, the ship has undergone several ownership changes and has changed its name several times, for example in ASTRA, ASTRA I and ARION. The last owner was the Portuscale Cruises. Following the auction of this small but popular cruise liner in September 2018, a second ship from the Portuscale portfolio was auctioned in December 2018: the FUNCHAL (IMO 5124162). This, however, escaped the surprise scrapping by the acquisition of a British hotel company, which wants to bring the ship back to use.

After the end of the Marella charter, the Cruise Liner 2018 was sold for scrapping. Renamed first in MARE S and then in LA SPIRIT, the sleek cruise ship had to make its final trip to the dropouts to Alang. Her sister ship MARELLA CELEBRATION ex NOORDAM (IMO 8027298) is still in operation for Marella Cruises.