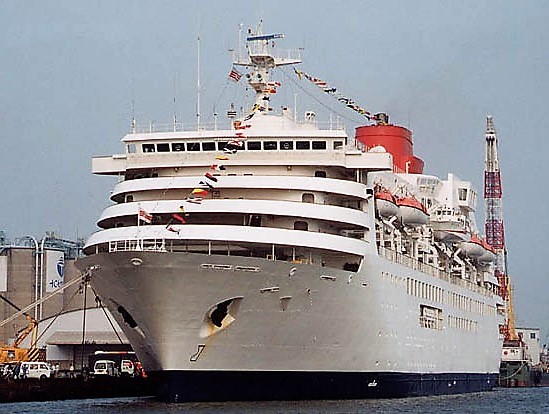 The five ships that have exited the market:

After several years out of service, the former Fuji Maru was finally beached in 2022. Previously operated by Mitsui O.S.K. Passenger Line, a Japanese cruise operator, the vessel arrived at the Gadani Shipbreaking Yard in January.

The former Carnival Fascination was beached for scrapping in February, more than a year after being sold off by Carnival Cruise Line. Initially set for a new life in Asia, the Fantasy-class vessel was prepared for its new role during a drydock in China, but never entered service for its new owners.

As the last surviving sister of Royal Caribbean’s original trio of ships, the former Sun Viking was beached for scrapping in February. Most recently serving as a casino ship in Asia, the 1972-built vessel enjoyed a long career with service for several operators – including Star Cruises and Hyundai.

After being retired by Carnival Cruise Line in February, the Carnival Sensation sailed directly to a breaking yard in Aliaga, Turkey.

The ship was then beached in early April, joining other three Fantasy-class vessels that were dismantled at the same scrapyard – the Carnival Fantasy, the Carnival Inspiration and the Carnival Imagination.

A former soviet cruise ferry, the Delphin has been reportedly sold for scrapping in March, as a result of an auction to settle the debts of its former owners.

Laid up in Croatia since 2015, the 1975-built vessel is expected to be beached in Turkey soon, ending a cruising career that included service for various German operators.

Cruise and Casino Ships For Sale